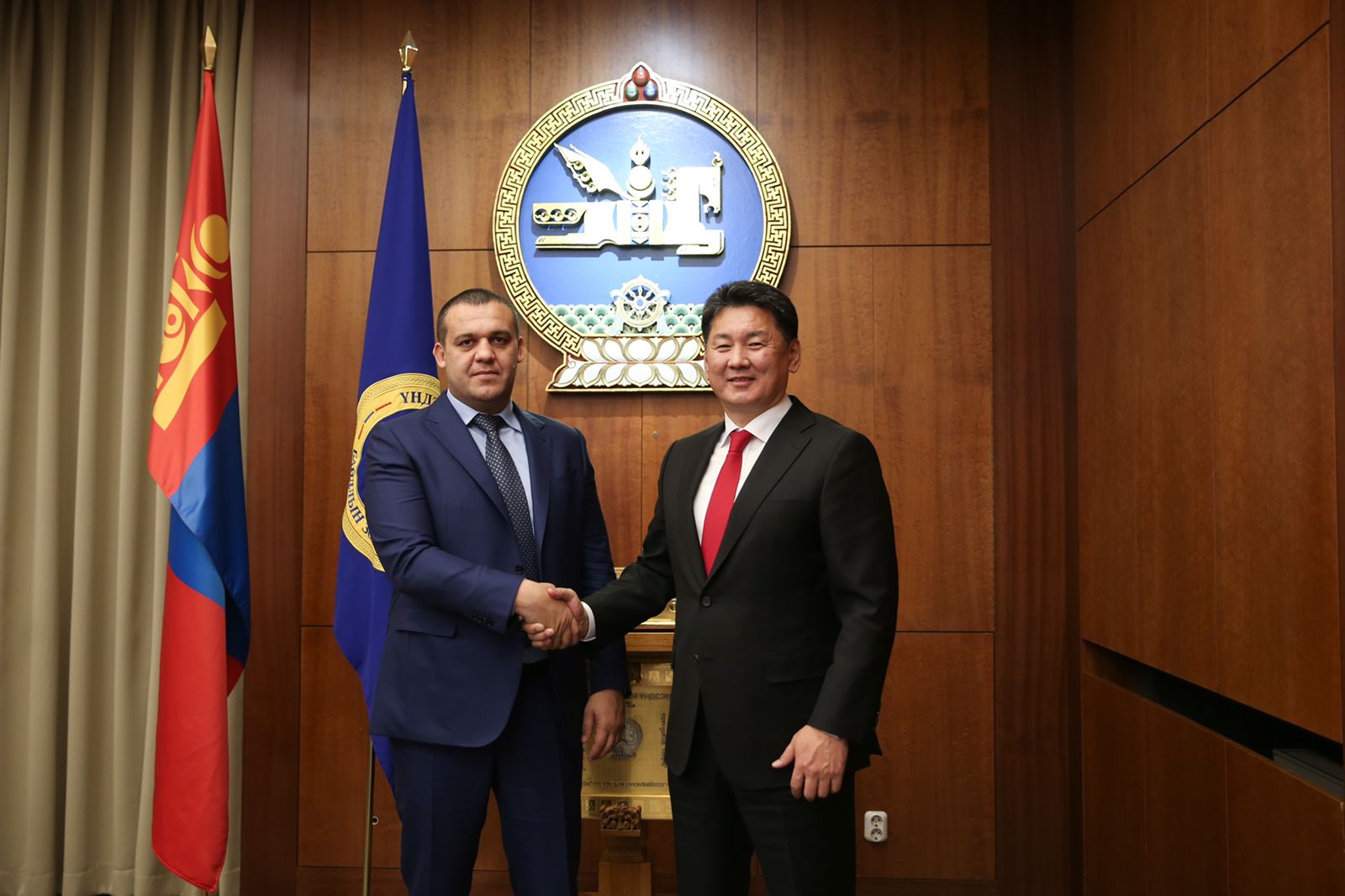 On Friday, President of Mongolia Ukhnaagiin Khürelsükh held a reception for the delegation led by the President of the International Boxing Federation (AIBA) Umar Kremlev.

Mr. Kremlev proposed to hold a major international boxing tournament in Mongolia,as well as establish a boxing academy in the country. President Kremlev stated that he plans to implement a number of joint projects and programs with the Mongolian Boxing Association.

“I would like to express big gratitude to Head of the country, Mr. Khürelsükh, Mongolian Boxing Federation and Ministry of Sports for their constant support of global sport and boxing in particular. Popularization of a healthy lifestyle among the younger generation should be one of the prerogatives of the government of each country.’ Mr. Kremlev claimed.

“We would support any and all initiatives which would serve the development of boxing, notably, one of the top four sports in Mongolia. I am glad that AIBA and Mongolian Boxing Federation have such a close professional relationship and ambitions that align ’, the President of Mongolia stressed.

Today, the President of the International Boxing Federation met with the athletes, teachers and coaches of the national team and children involved in boxing across Mongolia