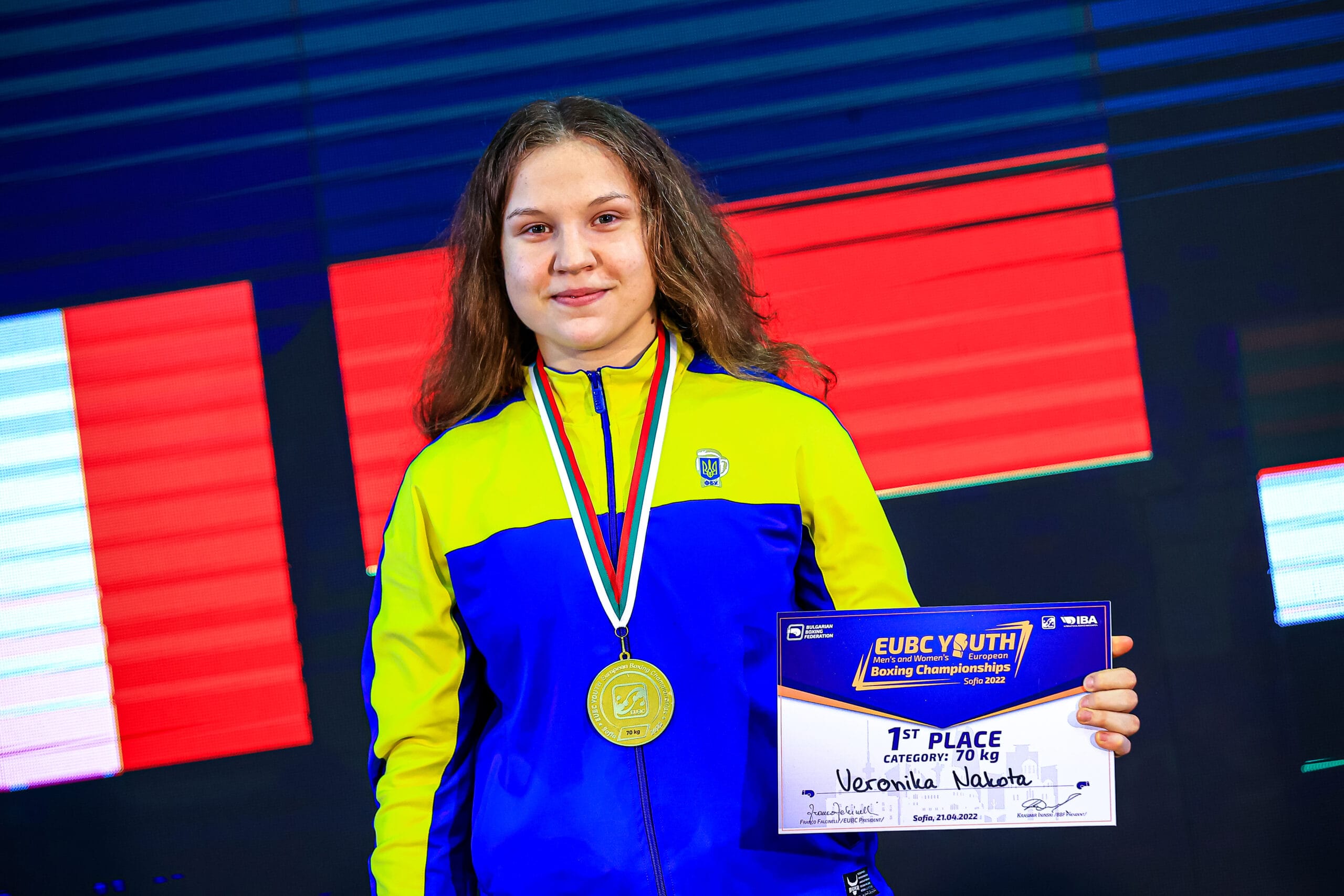 Competing against the best young talents on the continent, the Ukrainian boxing team ended the EUBC Youth European Boxing Championships in Sofia, Bulgaria with nine medals in total, including three gold medals on the men’s side and two gold medals for the women’s team. Overall, the Ukrainian team, which included 25 boxers, finished in 3rd place in the medal count, just behind Ireland and England.

Veronika Nakota, the gold medalist in the light middleweight category said, “The organization of the Championships was of the highest standard. The accommodation was comfortable, the training and competition venues were well equipped. The Ukrainian Boxing Federation, IBA and the Bulgarian Boxing Federation did a great job ensuring that we could participate in these Championships with a full team. It was nice to be a part of a high-level competition, with many strong participating countries. For me, it was sometimes difficult to concentrate on the fights because of the situation in my country, but the support of my team and coaches gave me extra motivation to do my best and win the gold medal.”

Another member of the Ukrainian team who left Sofia with the coveted gold medal, Aider Abduraimov added: “I would like to thank everyone who was involved in the organization of such a great event. The quality of the accommodation was superb, especially with the nutritional food. What can I say about the organization of these Championships? I’m 100% satisfied. Thanks to IBA, the Ukrainian Boxing Federation and the Bulgarian Boxing Federation, we had an opportunity to have a training camp before the main event, which brought us these successful results at the Championships. All our boxers did their best to dedicate their success to Ukraine. It was an unforgettable feeling to hear the Anthem of Ukraine on the podium, but it was not easy to come out victorious. I did so by winning 4 competitive bouts, all my opponents were well prepared and determined.”

The winner of the men’s welterweight division, Oleksii Boklakh, expressed his desire and determination to win the gold medal heading into the tournament: “The importance of these Championships encouraged me to fight every bout as if it was the last. Every victory gave me greater confidence to achieve my goal – to become the champion. Although my coach was unable to be in my corner to support me, we were in touch every day. Every time I stepped foot in a ring, it was an honour for me to represent my country and region. I felt like I could not let them down. Also, I would like to mention the level of organisation for these Championships was incredible. Thank you to all who were involved in putting this event together and allowing us, boxers, to do what we love.”

IBA Secretary General István Kovács praised the spirit of the Ukrainian team and said: “The Ukrainian team showed the world who they are in this tournament in Sofia. They are warriors who were able to overcome great adversity to not only compete but win several medals. The spirit they demonstrated as a team should be an inspiration to people around the world. We are happy about their success and will continue to support them during these difficult times. I look forward to seeing their performance at the upcoming IBA Women’s World Boxing Championships in Istanbul.”

The Ukrainian team will have another opportunity to showcase their ability and secure more medals when they compete in the IBA Women’s World Boxing Championships in Istanbul, Turkey from 8 to 20 May and the EUBC Elite Men’s Championships in Armenia from 23 to 30 May.