It was the year 2000. The world’s eyes were on Sydney, host city of the XXVII Olympic Games. While a young Ian Thorpe was flying to his first three Olympic gold medals, Eric Moussambani was giving a lesson in courage in the pool and Cuba’s extraordinary pugilist Felix Savon was underlining his legendary status, Spanish boxing was also enjoying one of its greatest moments thanks to the great Rafael Lozano.

After defeating North Korea’s Kim Un-Chol in the semi-finals, the boxer from Cordoba brought Spanish boxing to only its second-ever Olympic final, where French sensation Brahim Asloum was waiting. Lozano had already defeated him once that year at the Olympic Qualification Event in Bucharest, but this was something else entirely.

After three intense rounds, it was Asloum’s arm which was raised aloft, but Lozano had achieved so much on his way to that moment in the Darling Harbour Gym. “During the bout, I felt the rounds were passing and that I was losing, and although I was punching with all my strength the points didn’t come. I never lost the hope I would reach him with a punch and put him on the canvas, but Asloum had an incredible Olympic Games, he is a great champion,” admits Lozano.

Now, 16 years since the Spaniard won his second Olympic medal, the sport gives him the opportunity to land the only Olympic medal to have evaded his grasp: gold. Only this time, Lozano must stay in the corner.

You are a two-time Olympic Medalist as a boxer, how does it feel to return as a coach?

Even if the perspective is different, the feeling is the same. The biggest achievement in the boxing world is to represent your country in the Olympic Games.

The truth is that qualifying two of our boxers has been doubly rewarding, because the technical team, the president and even myself as coach, are all new in our positions in the Spanish Boxing Federation.

But thanks to our experience, commitment, dedication and continuous sacrifice we were able to get the best from our boxers. We are confident that by keeping this work going, we will grow a lot in the next years.

When did you decide to become coach?

To be honest, I couldn’t imagine my life without the sport that has given me so much. After my retirement from the ring, I couldn’t think of a better way to keep communicating my knowledge and experience to the next generations.

How was the transition between the ring and the corner?

Even if it was natural, it was and will be a continual learning process. I’m sure that this experience will enrich me every day as coach and, thanks to the boxers and colleagues, as a person.

Spain has come back to the center of the boxing world in recent years with boxers like Kelvin De la Nieve, Samuel Carmona and Youba Sissokho, what has changed within the Spanish National Team and how are you getting the best out of the boxers?

The change has been in looking for bouts. When I arrived at the team, the biggest problem was the lack of continuity not only at an international level, but also national. So the first year we were focused on making the boxers compete more regularly nationally and the second year, we reached our next goal; to have 80% of our bouts on an international level.

This is the key. We are working, and we are working continually, on having 25 to 30 bouts every year. 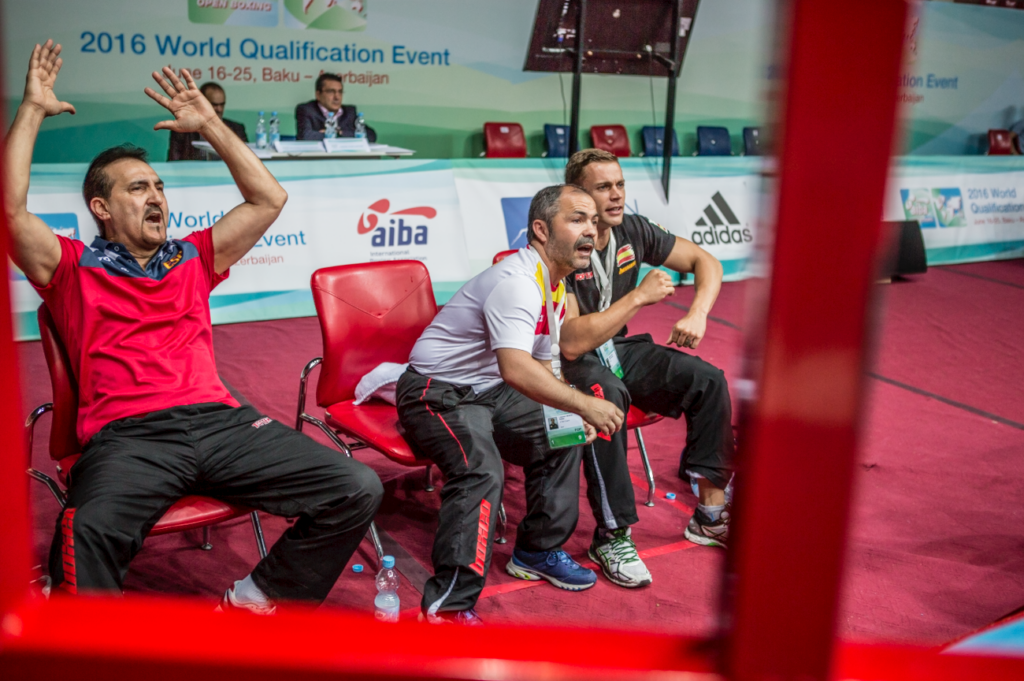 Can you explain how different it is to experience a bout from the corner to in the ring itself?

In the corner, I live the bouts with the same nervousness and uncertainty as when I was in the ring, but now, even if I’m sure about the physical, technical, tactical and psychological preparation that we have given to our boxers, the result of the bout is down to their attitude in the ring.

Who are your boxing idols?

As a boxer, Marvin Hagler, because of his reliability and forcefulness in the ring. And as a coach, Manuel Pombo del Amo. He was with me along my Olympic path and his confidence, commitment and sacrifice made me give 200% of myself as a contender and as a person.

AIBA is changing the boxing world with events like World Series of Boxing and AIBA Pro Boxing, the inclusion of pros in Rio 2016. How do you see these changes?

I think that they are very positive for boxing and the show. Finding the way to make these formats compatible (AOB, WSB, APB and Pros) helps the boxers to blend into the format that they prefer. I’m convinced that this is a great advance and one that enriches our sport and our boxers.

What we can expect from the Spanish Team at Rio 2016? 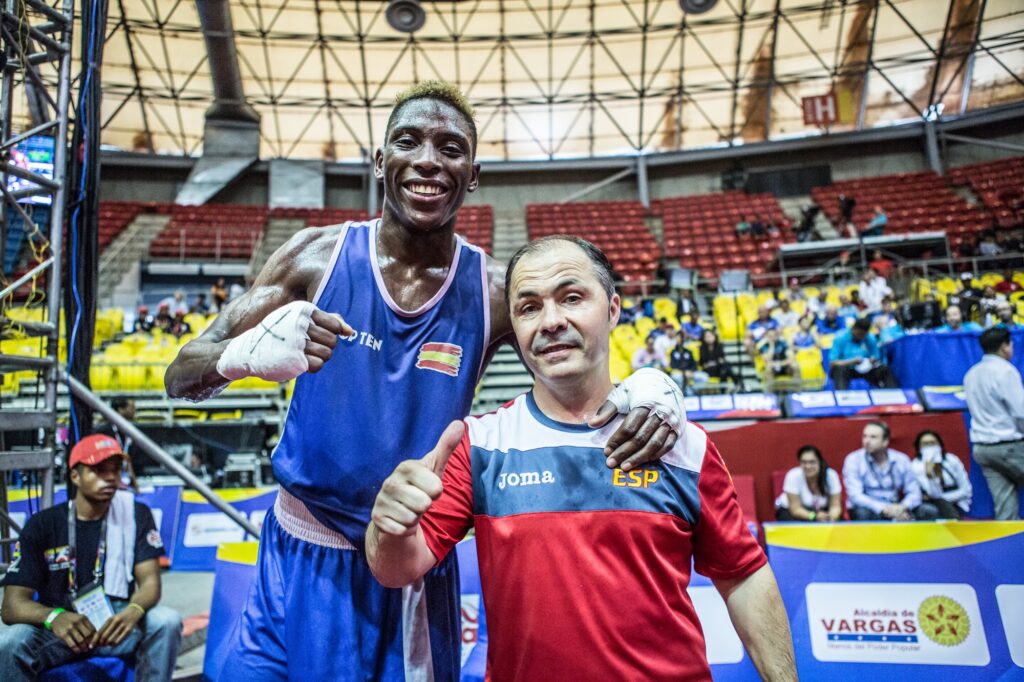 A long time has passed since Rafael Lozano stepped into the ring for the first time in Puente Genil (Cordoba), where he won on points against Pedro Velazquez, but his hope and love for the noble art remain untouched.

“The hope, the tension, the rival in front of me, the public shouting, the first punch exchanges, they are memories that I can’t forget. Boxing is the most wonderful thing happened to my in life”