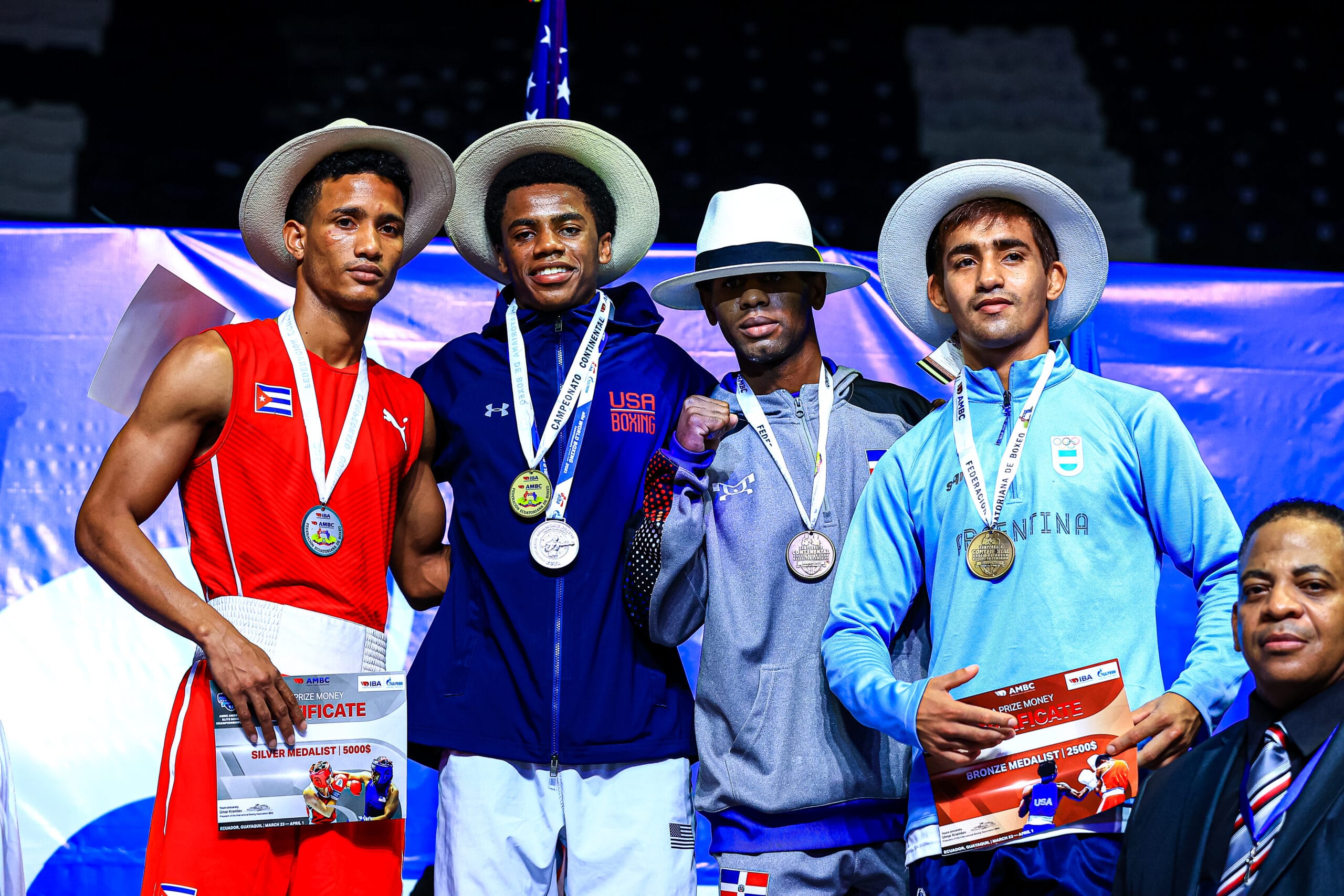 The Brazilians headed the team rankings of the AMBC American Elite Boxing Championships with seven gold medals. The United States earned two female and four male gold medals and became the second after the Brazilians. Colombia earned three titles of the event and secured the third position in the medal standings.

Roscoe Hill from the US won his first big title

The United States created excellent flyweight (51kg) boxers in the recent period and their Roscoe Hill waited for the time to attend in a major event. He achieved a silver medal at the AIBA Men’s Elite World Boxing Championships 2021 and he arrived in Guayaquil to earn his first ever big title. The US boxer met in the final with Erislan Romero from Cuba.The Cuban boxer did not find the best fighting distance against Hill and could not catch his taller rival in the final which delivered a success to the US athlete.

Dominican Republic’s best boxer in the recent nine years Leonel De Los Santos was not able to attend the AMBC American Elite Boxing Championships in Guayaquil but two of the other athletes earned gold medals in the event. Rodrigo Marte moved up to the bantamweight (54kg) after his last title at the 2019 Panamerican Games but his decision paid off in Guayaquil. Marte was at a different level than experienced Damian Arce from Cuba and earned his second major achievement during his career. His teammate Alexys Miguel De La Cruz has five years of experience in the elite national team and showed amazing stamina during the third round against Simon Rafael Joubert from Cuba in the final of the men’s lightweight category (60kg).

Brazil’s Oliveira delivered the main sensation of the day

Brazilian Luiz Gabriel Do Nascimento Oliveira won a gold medal at the 2018 AMBC American Youth Boxing Championships and joined their elite national team in January 2020. The Brazilian talent competes in the featherweight weight category (57kg). He met the reigning AIBA World Champion Jahmal Harvey from the US in the final bout. Harvey used his excellent footwork against Oliveira in the first round but the Brazilian boxer adopted the rhythm and surprised his US opponent. Oliveira had an excellent physical condition to keep that world-class level until the last seconds and defeated Harvey in one of the best contests of the last day. His top teammates  Wanderson Oliveira, Keno Machado and Abner Junior Teixeira all won their finals in their weight categories.

The participating nations in the AMBC American Elite Boxing Championships