The Cuban-born boxing coach Enrique Carrion arrived in Angola in 2013, determined to reshape the country’s boxing and create the conditions in which great new champions and icons could grow. After four years in the job, and with AIBA’s Year of Africa programme now underway, he is more optimistic than ever about Angola’s chances of reaching the podium at Tokyo 2020.

How important is the Year of Africa initiative for boxing’s growing popularity on the continent?
By implementing the actions planned for the Year of Africa, the world of boxing will have a clearer vision of what can be done in the future to further improve the sport on the Continent. We need greater investment in the training of referees to ensure that, at all our competitions, consistency and accuracy of the results is as high as can be, otherwise it runs counter to all the hard work being done in other aspects of the sport.

How and why did you start in boxing?
In my country of Cuba, boxing is one of the most popular sports. I ended up falling in love the moment I first had contact with boxing and it continues today. For me, there is no better sport.

As a coach, you must be an example for the boxers. What is the most important lesson you try to teach them?
To pay attention! I attend training daily, without fail. I try to be disciplined and to be dedicated to my tasks. If the athletes recreate in full what they see from me every day, I think they will be good athletes, because they will be fulfilling what this sport demands and as such success will follow. 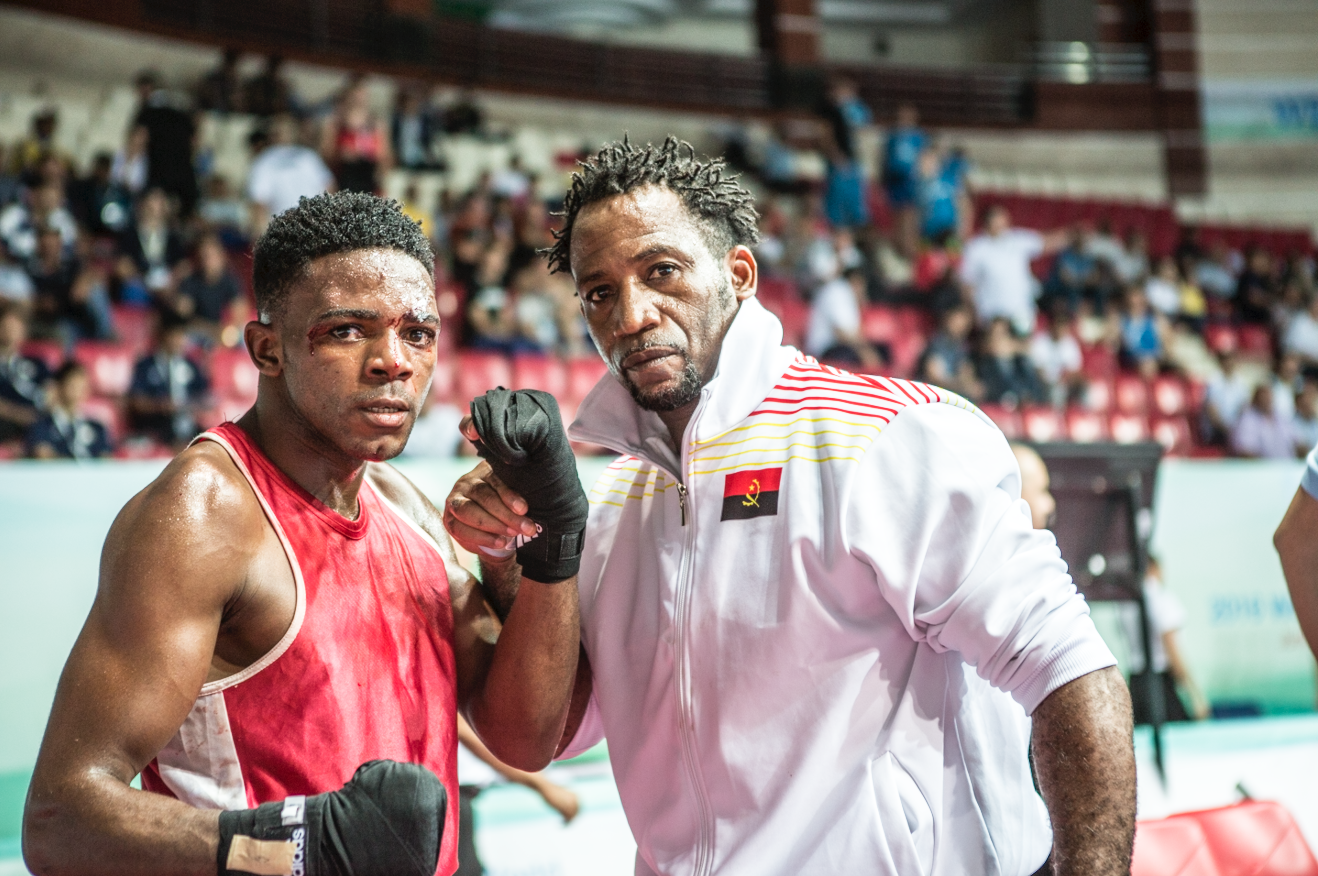 What is the current status of boxing in your country?
It is better than when I arrived in Angola, a little over four years ago. For all of its history since the creation of the Angolan Boxing Federation in 1980, Angola had never participated in an international competition either at the zonal level, nor AFBC or AIBA competition. Fortunately, I found a new Federation Board in charge with innovative ideas, and since 2013 we have regularly participated in the Zone 4 Championships, the African Championships, even in the World Championships.

Furthermore, since 2013 we have been hosting regular internal competitions, and the National Federation board has been re-elected so I am left even more confident that the good ideas and initiatives they have instigated will lead Angolan boxing to another level. We have already achieved good results in international competitions and our African and World ranking improves more and more, so this is a good time for the sport here. At the end of the month we will be organizing the Zonal Championships, which further increases our credibility and will allow us to compete to host other major events. We are creating the conditions to improve our boxing, but AIBA’s support is invaluable too.

Who are your heroes of African boxing?
To be honest, what I see here is that Africa has many talents, and in Angola we have many talented young athletes coming through. If they keep the same level and keep progressing, we will soon have gold medals in the Olympics, that’s for sure. If the conditions are right, I can produce, right here in Angola, an Olympic medalist at Tokyo 2020.

I have seen the Government starting to get interested in what we are doing. African governments become interested by success and by reaching new targets. Honestly, I have a conviction that Angola will win a medal at Tokyo 2020 and that is what I am working towards.

What can be done to encourage more coaches in Africa?
We’ll be encouraging the African coaches by providing them the good technical, pedagogical and psychological training methods, and by instilling in their minds the rigor and discipline of applying the AIBA technical rules and always being updated when the new rules come out.

One week ago, we organized the National Boxing Tournament to select the team that I intend to take to the Zone 4 African Championships in the City of Lubango, end of this month. An athlete was eliminated due to a lack of gum-shield and his coach said the decision was unfair. I explained that this is clearly stipulated in the rules and it is crucial that these rules are respected at all times, and the situation was calmed, but this is how we need to handle young coaches and arm them with the correct information.