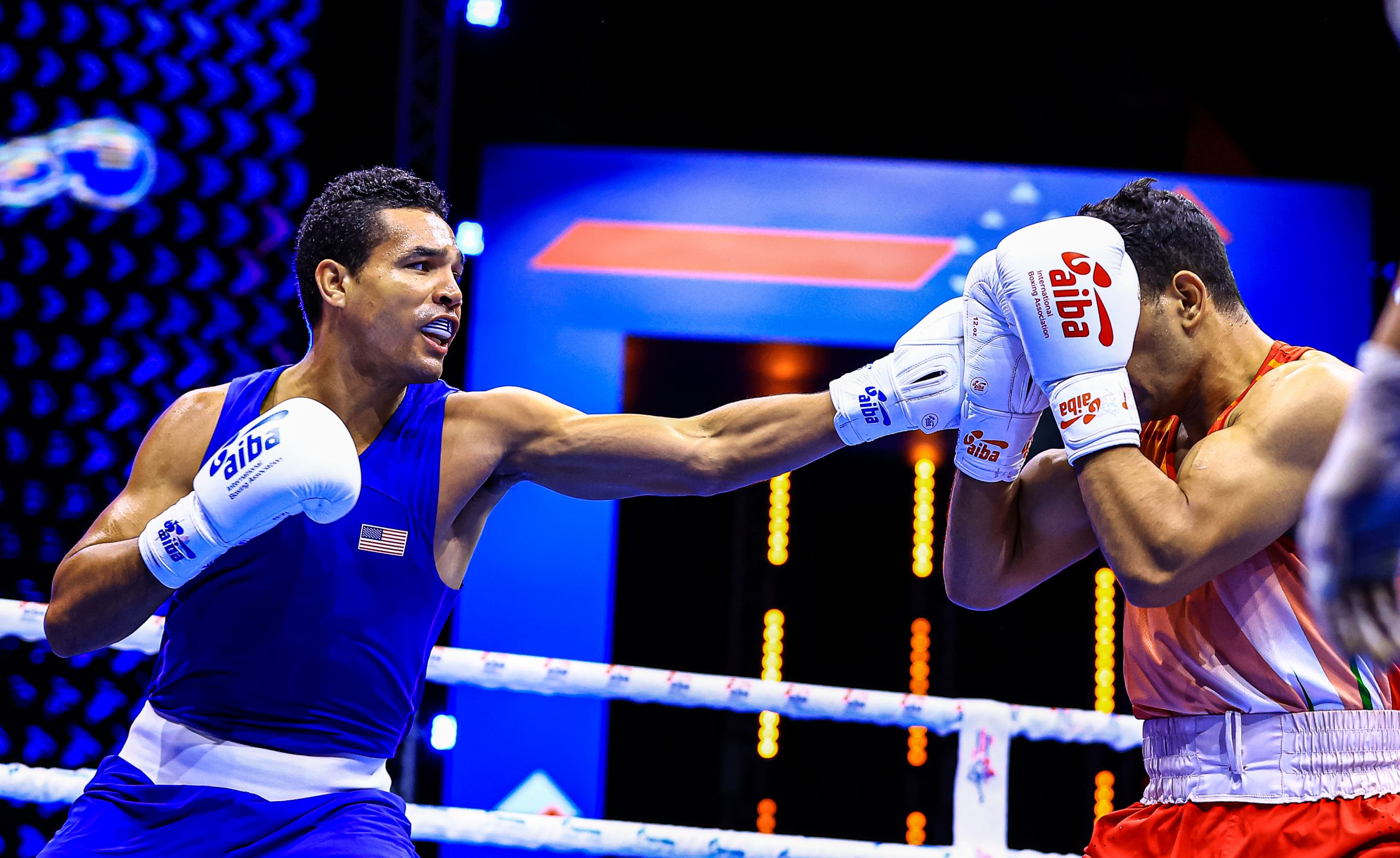 Quotes of the Day 6 at the AIBA World Boxing Championships in Belgrade, Serbia.

This match ended as I thought it would. Now I have more time to prepare for the next one. This fight was good and in the next one I expect the same ending. Even if I have free day on November 3rd, I will spend it on preparations. I hope that I will get to the finals because of my hard training and staying in focus.

The fight was great, my opponent was very strong. I’m a little bit rusty, but I managed to win. Before every fight, I do my special warm-up and I’m ready for the fight. My tactic is to estimate the opponent, it’s all about adjusting. I started boxing because my mom loves it.
Robby GONZALES (USA)

It was my first round of the Championships so it was nice to get in and get it done. They are not cheering here at the moment, but my girlfriend and my father will be coming on Wednesday so, hopefully, I will stay at the tournament and will have them here to support me.

The bout was very good, a close fight but and I felt comfortable. I’m not superstitious or anything. I’ll just go and fight; warm up and get in the ring and do the job. Years ago, my dad took me to the gym and I’ve been boxing ever since. It wasn’t my best fight, but I’ve got a few more fights to go and I will be at my best level by that time. Everything’s going to get better and better.

I can’t say much except that both my opponent and I were skillful but I was better this time. Despite the fact that I faced many problems in my country and I couldn’t get ready for the competition how I wanted, I’m so happy that I got the chance to participate at this big and meaningful event for boxing. I don’t know what to expect in the next round but I will surely do my best in the fight.
Silab NOORI (FCT)

This was a tough bout for me. The opponent was much taller and it was difficult for me to approach him. I hope I won’t have that problem in the next fight. I continue with the persistence like the lion. Also, lion is an animal that has a kind of anger towards its opponent, which is exactly what is necessary in boxing.

This win is very important to me. Since I was little and when I started practicing sport, I have always dreamed of representing my country, in every sphere and  many competitions and now I am here and I’m doing everything as good as I planned, which is very important. Everything motivates me, first of all – the feeling that I have while doing sport because that is my passion, it is my life. Also my family, my mother. I promised her since I was little that I will win many trophies. And of course, I am motivated by the medal and the prize award. That motivates all the atletes here. Tomorrow is a rest day for me, and since I never give up on my goal, I will train and  analyze the next opponent so I can make a plan and tactics, as well as the technique I need to use.

I am always thinking of the effort I have made to get here. My greatest support is my mother. Although she does not like this sport very much, she still supports me. The next fight will be with the opponent from Russia, who is a little bit taller than me so it will probably be a tough fight.

After the match, I felt good and strong. I had a tough opponent and I wish him all the best. I was not distracted by the crowd. Serbia is his homeland, so this strong support for him was expected. That was definitely motivating for me. Even if I could hear them in a ring, I encouraged myself: come on, Kevin, you can do it. My trainer keeps me focused, my family, my friends, people I work for and the most importantly myself. In the area where I come from, boxing is not a very popular sport, so my road was tough. The Championships final is my goal and I am 100% sure that I will be there.

In sport such as boxing, suspense is always present among everyone at the arena. In the ring, everything is possible. It’s said that every bout has its own story that spread through the tournament, and we hope that ours is the one with the happy end – victory. Actually, there is never an end since we are always trying to push more through. The difference in the tempo and intensity of the opponent’s punches testify to his professionalism but the fortune was on my side and I didn’t have any difficulties beating him. For me, every first match is ice-breaking, so afterward everything goes easier. Therefore, I don’t think there’s a need to compare my opponents who was better from one fight to another, but it is sure that I feel more relaxed in every upcoming fight.
Salvatore CAVALLARO (ITA)